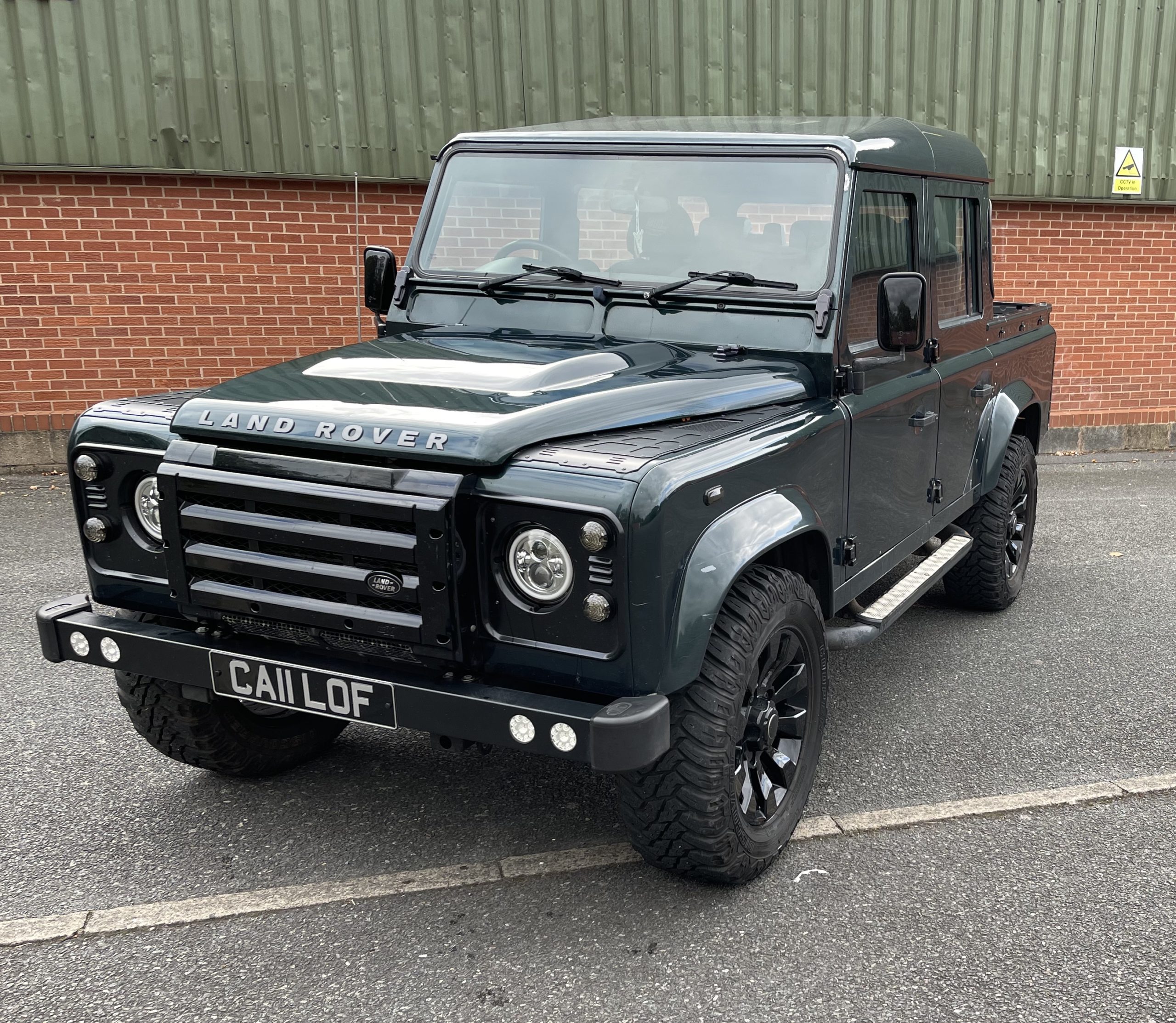 Here at LOF we like to challenge ourselves with a project build once in a while, building high powered Defenders like the DefStang and the Agri give us a good base platform to test our products and designs. Our blog about the DefStang caused such a stir and so much interest we decided it was only right we did one about our 110 DCPU installed with a 3.0D M57 engine from a BMW. 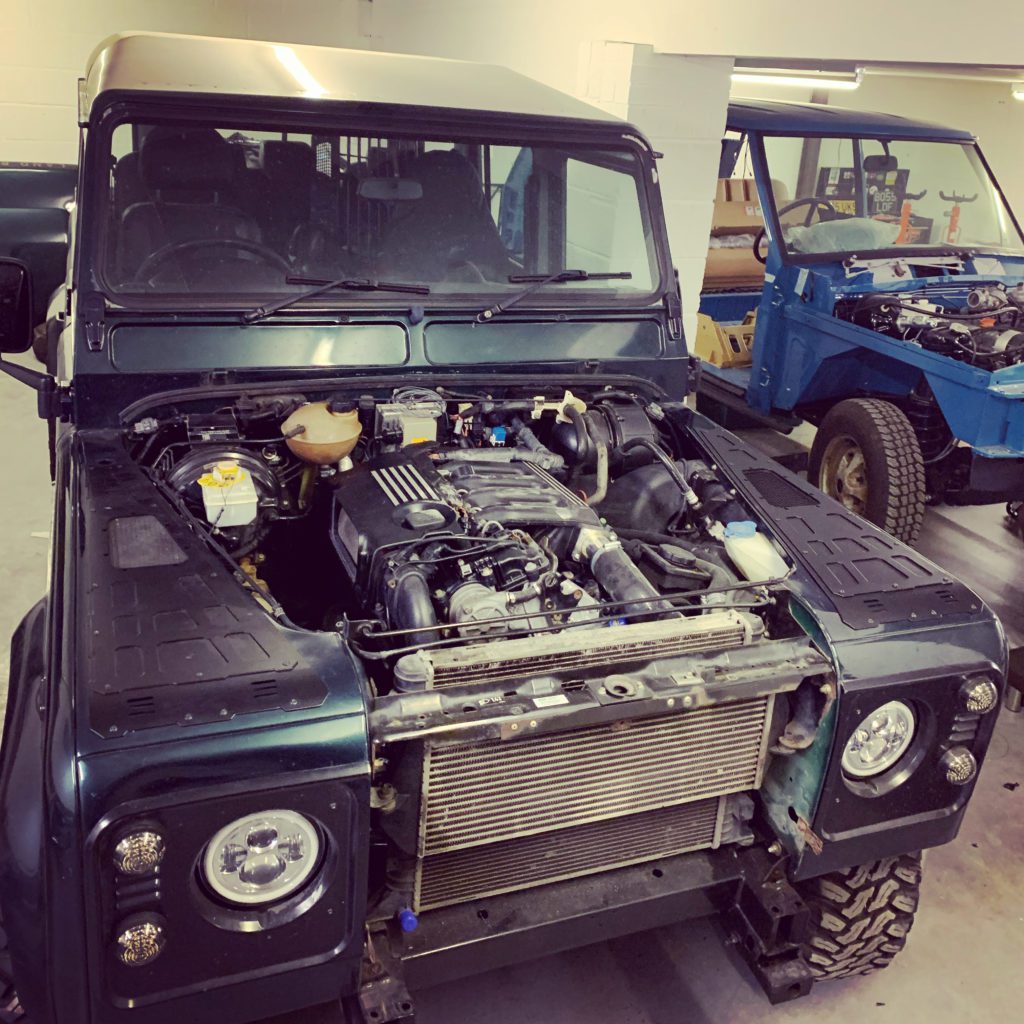 The Base truck was a low mileage Defender 110, sourced from our friends up at Engine 710 in Edinburgh, Painted factory colour Aintree Green, this thing was a beauty, albeit it had some battle scars from where it had been used on a country estate in the highlands. The 2.2 TDCI engine was ok, but a bit of a beige trouser driver engine and actually gave us some grief (DPF/ EGR valve issues)
As this truck was being used by one of the LOF team we decided to make it as reliable as possible and get rid of those modern gremlins as found on the 2.2 TDCI!
The Engine of choice was a 180BHP narrow block 6 cylinder diesel M57 engine, as used in the 3 series and 5 series BMW cars. We used this engine as it is commonly available, ‘pre LCI’ meaning the timing chain doesn’t snap at 100k miles religiously like on the post 2007 engines!
Assembly: in order to keep this project as short as possible, we used the original MT82 6 speed gearbox. We also re-used the Intercooler, Radiator and fuel tank lift pump.
First stop was removal of the old engine, we then had to weld in some new engine mounts. These we had supplied by 4×4 Fabrication in Cheshire, Dave lee the owner is also a keen M57 converter and has drawings for all the BMW engine swaps, he offers these mounts in thick mild steel, keeping the engine at the correct angle.
Once fabricated, the new M57 engine could be dropped in (also supplied by Dave @ 4×4 fabrication) These engines are cheap as chips, from memory we paid around £600 for this one, albeit as this conversion becomes more popular I am sure engine prices will rise somewhat!
In order to bolts the M57 engine to the MT82 ford gearbox, we used an adapter ring supplied by Syncro Gearboxes. This ring is a bolt on job and allows the correct spacing for the clutch and flywheel. We decided to run this car on a standard BMW Dual mass flywheel, twinned with a clutch kit we designed to give us strength but also to adapt to the 23 ford spline on the inout shaft of the MT82.
So far the above is less than a days work- as you can see these things are easy to do!
Next was the plumbing: using a series of pipes from the BMW road car and the original 2.2 TDCI engine, we were able to pipe up all the correct inlets for the water system, using 1 length of 3/4” pipe to span back to the original Puma Expansion tank in its original location. Its worth noting here- save every pipe clamp, hose joiner and fastener from the 2.2 TDCI install, if you re-use these your engine swap can really look like a factory fitted engine.
Once the water pipes were connected, we used a 200tdi Power steering pipe to connect the M57 power steering pump to the original land Rover steering box- this is literally an off the shelf part and makes it dead easy. use the engine-mounted power steering reservoir from the M57.
Air intake + intercooler: This was slightly more challenging than the water pipes, it required a series of 90 degree silicone hose bends and 1 reducer bend to get from the turbo to the intercooler, and back round to the inlet manifold. ( Although time consuming this is not really hard, it just requires patience checking nothing will rub or slide off under high boost.) 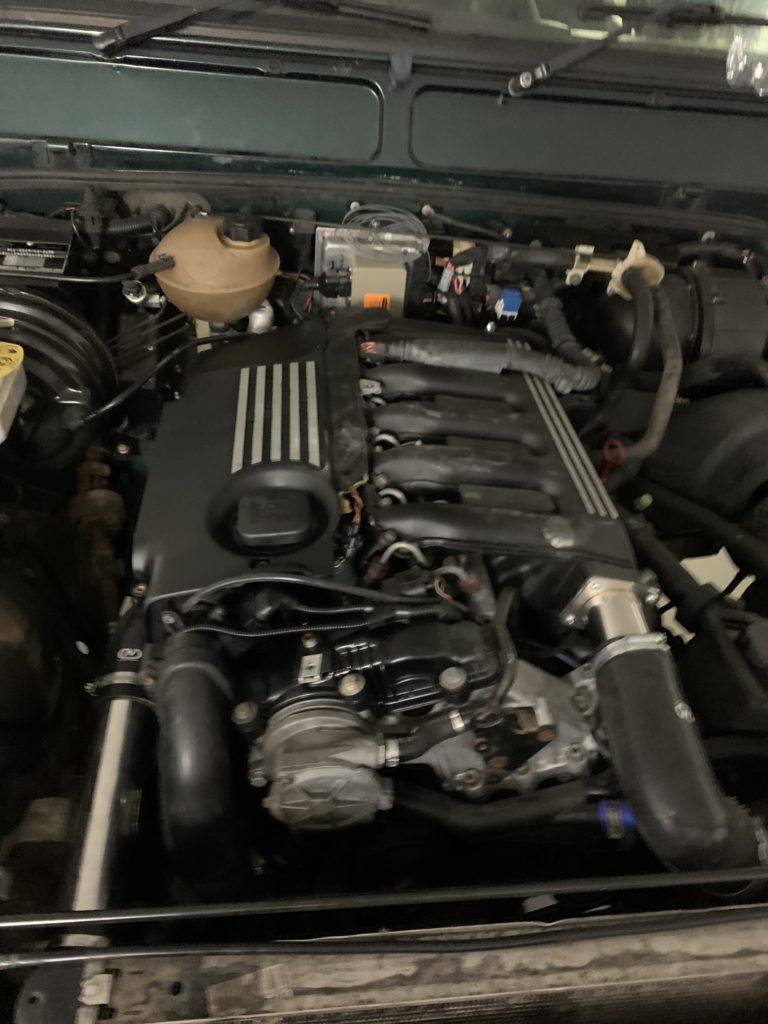 ECU: Mount the BMW ECU in the same place as the Land Rover TDCI ECU, we drilled out 2 screws and used the bulkhead studs (M6) to hold the ECU. There is 1 block connector from the M57 engine to the ECU, so it really is plug and play. We then used a dash controller Canbus control (box of wizardry) from Martin Lewis @ Futuranet. Again this is a doddle, plug the LR block connector into the box, plug the short loom made by Futuranet between the BMW ECU and dash controller.
Aircon: Due to speed, we actually did not re-install the aircon on this one, although if you have an aircon engineer handy, its not too hard- use the BMW aircon pump and the Land Rover condenser/ radiator.
Fuel lines + Pump: The M57 runs a high pressure inline fuel pump, we bought a bosch branded one off ebay for circa £35, and installed it on two rubber coated large P clips on the passenger chassis rail just after the gearbox crossmember. Dead easy to do, simply use the TDCI fuel hoses upto this pump, connect the pump inline, and then use some braided fuel hose to run upto the injection pump on the M57 engine. (tidy the lines with P clips or similar!) PS the fuel pump will need an ignition live which can be brought through the passenger seat box grommet.
Drivetrain: We left the Defender 110 drivetrain alone, its fairly tough in standard form. The only modificatons we made were a LOF EXTREMEspec MT82 output shaft and also due to the new increase in power (240 BHP) we installed a set of our 16” EXTREMEspec front brakes!
The Results: Simply wow, I can see why the Ineos Grenadier chose this power plant, the M57 pulls from low RPM, it boosts low and as soon as the boost comes on it throws you back in your seat. We towed a 3.5 ton trailer to get an idea of its power and it simply glided through the gears effortlessly! The LOF team member who drove the car used to get 320-350 miles to a tank, once the M57 was installed, he was getting over 420 miles to a tank!!
I highly recommend this conversion, its cost effective too, should you sell your 2.2 TDCI for say circa £2000, doing the DIY route I think you could get this conversion done for a net £2000 cost! (without shiny extras!)
We were very lucky to have Marcus Williams @ MW machines guiding us through the process, Marcus has a world of knowledge when it comes to M57 engine conversions, and since doing this one with him, he has gone on to do various iterations including both the 8 speed and 10 speed BMW auto gearboxes!
If you are looking for an M57 conversion and wish to have it done by a company, we have some great friends and specialists in doing these listed below (in no particular order)

If anyone would like any help feel free to fire us an email to Sales@LOFclutches.com 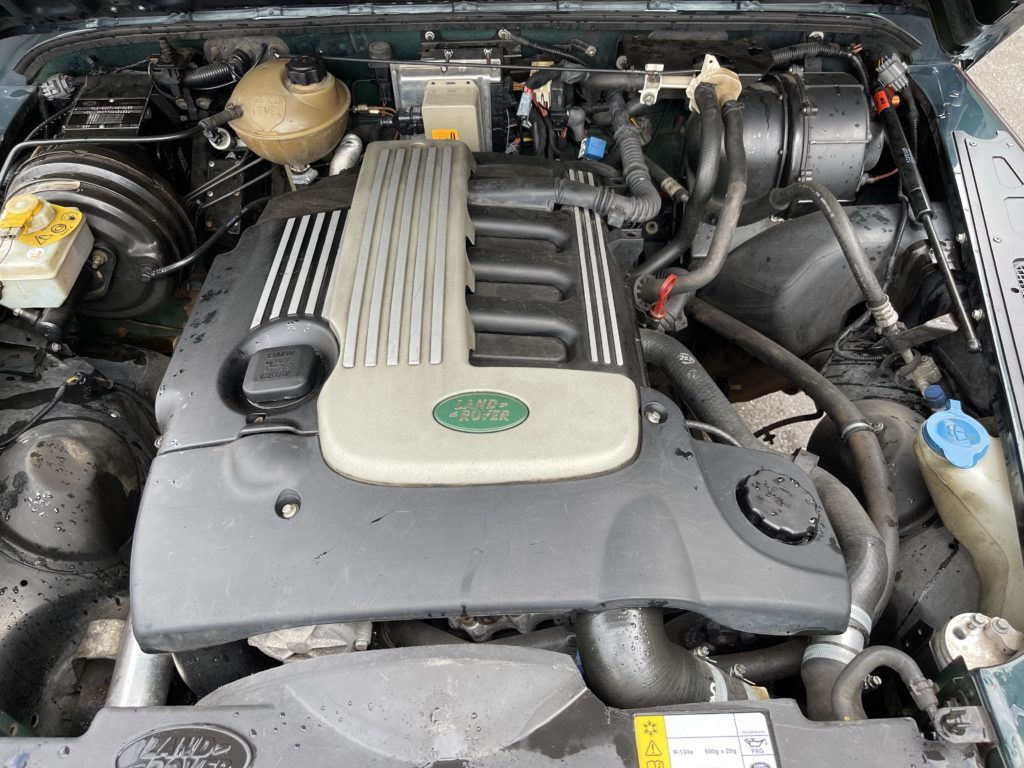 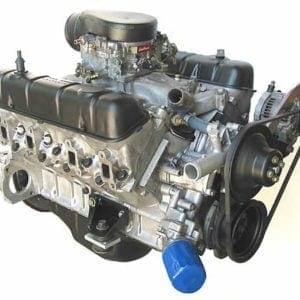 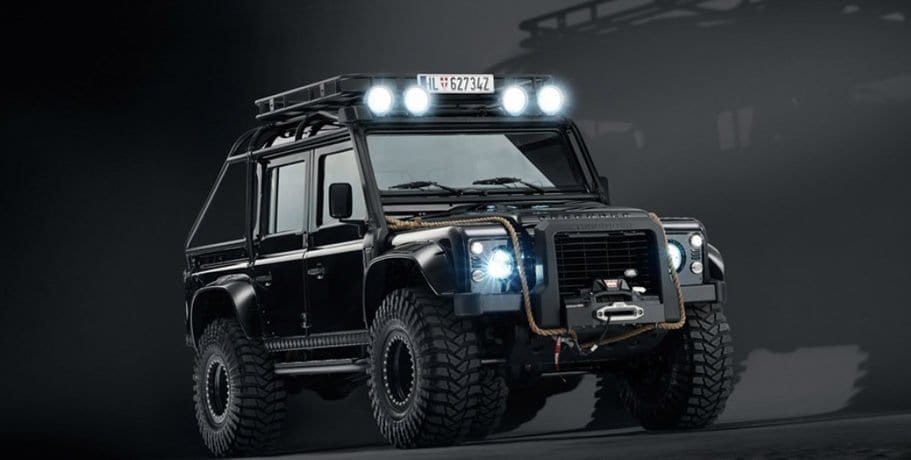 LOF clutches is offering 3 race car owners the opportunity to receive LOF sponsorship in 2022 We are looking for 3...