Does a Solid Mass damage a Td5 engine? Pro’s and Con’s:

We have been asked lots recently about the solid mass conversion kits for the Td5 engine since releasing our version in March 2019! In the last 3 months we have sold 150 of our LOF ‘SMF’ kits with very good feedback and results for all applications Discovery and Defender.

So why does the Solid mass flywheel have such a bad reputation? Well in simple form, the common SMF kits available on the market up until now have been designed Incorrectly! These type of kits tend to Rattle, Vibrate and drive not very nicely! Hence why we designed the LOF SMF kit to remove all these issues.

So why do the other SMF kits Vibrate & Rattle? The springs in the cheaper SMF kits are from a Rover V8 clutch kit- A very balanced refined engine with little to no need for dampening. When this ‘V8’ Clutch plate is fitted into the Td5 conversion, it does not have the ability to dampen the vibrations of the engine, therefore causing ‘Gear chatter’ and ‘Drive train vibration’ under load. The V8 clutch plate has an angular displacement of only 5 Degrees. To put it into perspective the original Dual mass has an angular displacement of over 60 degrees!

What makes the LOF SMF kit so special and better? Simple! The LOF SMF kit has been designed correctly, using the following features:

So what are the benefits of fitting a solid mass flywheel compared to the Dual mass? There are many benefits to a correctly designed Solid mass kit:

What are the Drawbacks to fitting a solid mass flywheel kit? None! The only thing we have concluded is that it is not strictly original, but other than that we see no reason not to fit one! 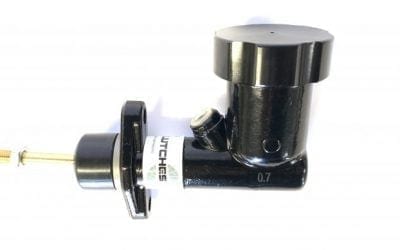 New for November 2019, the all new LOF POWERmaster, designed to fit all Series 2/3 and Defender...

END_OF_DOCUMENT_TOKEN_TO_BE_REPLACED 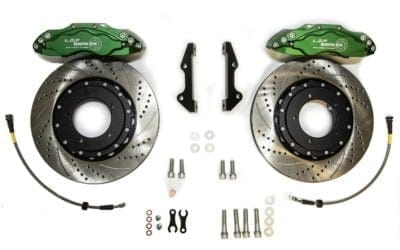 New for 2020 - introducing LOF Brakes, the ultimate brake kits for all Defender, Discovery and...

END_OF_DOCUMENT_TOKEN_TO_BE_REPLACED

Welcome to the strongest LOF Td5 clutch kit to date. Here at LOF we have designed our new "VNT"...

END_OF_DOCUMENT_TOKEN_TO_BE_REPLACED

How to make my clutch pedal lighter?

A guide for which LOF product is needed to make your clutch pedal lighter!